Often,
fans talk about the WWE announce teams being subpar (which seems to be a
correct assessment, especially when comparing the current product with
the older stuff on the network). If you had your choice of anyone
(currently alive and well) to comprise the RAW and Smackdown announce
teams, who would you pick?

Sent from my iPad

Well Jason, I’ll respond to you with the team that really set the wrestling world on fire. The team that made wrestling feel legitimate in ways that are nearly impossible to describe, but also too countless to count. 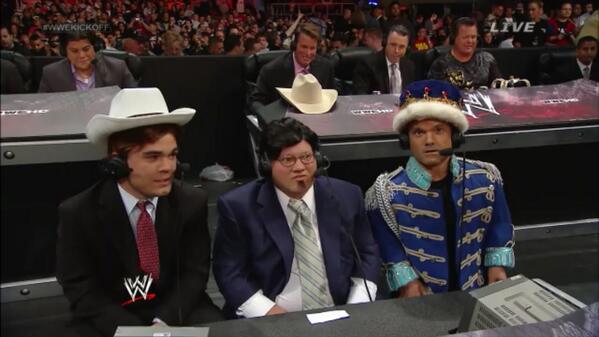