I hope that all is well.

I have a question for you RE: Ric Flair and the tag belt he used as a stand-in for the Big Gold Belt in 1991. I was always under the impression that it was really just a tag belt they gave him, but I recently discovered some photos (attached for reference) that make it very clear that it was actually a custom belt made for him by Reggie Parks. It is in the style of the tag, but with a black banner/stones over ‘tag team’ and the words ‘wrestling champion’ as opposed to ‘wrestling championS’

My question is, if the WWF went to the trouble and expense to make this belt for Flair (which they were blurring anyway), why use a design fans would instantly recognize as the tag title?

Hope you can shed some light on this one,
Have a great weekend and thank you!

Dang, I always just thought it was the tag belt, too.

Vince can have a strange attention to detail sometimes, I guess. 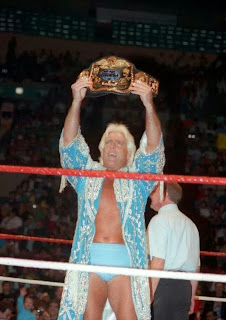 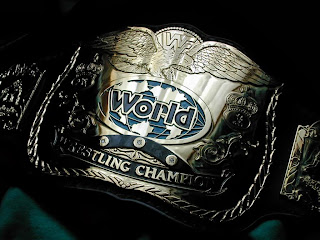