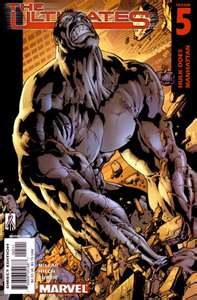 July 2002
Goddamn am I old! I pulled this comic out of the box and said to myself, “this issue kicks ass and is one of the best single issues I ever read. I was like when did this come out? It must have been like 2008 or something, it was at least four years old. This s--- came out in 2002!
July 2002 was when Men In Black 2 released and for some of us, okay I’m being nice, Most of us this was a major disappointment. 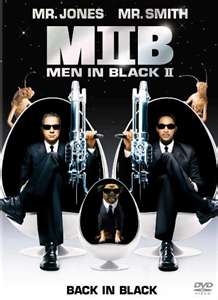 Also in July of 2002 one of the greatest baseball players of all time passed away, Ted Williams. 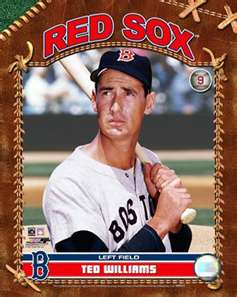 Now when I say this is one of the greatest single issues, I do not mean that it was a life changing atom bomb in my brain Neil Gaiman Sandman issue. I mean this comic had me laughing out loud, tapping my foot in excitement and I read it over again as soon as I finished. The writer here is Mark Millar who is no stranger to humor as well as blistering action. With him is the innovator of the “Widescreen” art method that he started in “The Authority” and really cultivated here in “The Ultimates.” Bryan Hitch. A Bryan Hitch comic is the one you want to give to your buddy who loves Michael Bay movies but refuses to read comics.
Previously in the Ultimates Nick Fury (Samual L. Jackson) has assembled the most powerful team of superheroes to combat evil that can not be handled by one single hero alone. 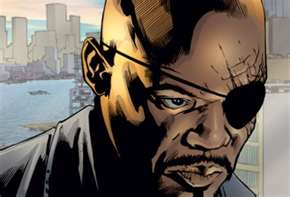 He named them “The Ultimates!” (His original title for the team was “The Badass Motherfucker Gang!” but the news kept calling them the Bad-expletive Mother-expletive club and it lost some of it’s luster with the censoring.) 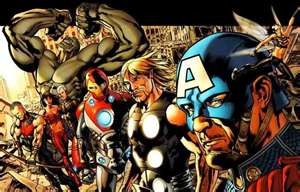 Ultimates Roll Call!
Captain America
Iron Man
Hulk
Giant Man (Hank Pym)
Wasp (Janet Pym)
Thor (Not a member at this time)
Dr. Banner has had a rough four issues at this point. He was replaced as head of the Super soldier program and then when he tried to recruit Thor into the team he was talked down to by the god. He’s just gone through a trial separation from his fiance Betty who is now going out with Freddie Prinze Jr. (I did not make that up, it is in the story.) Banner has had enough at this point and mainlines a concoction of Hulk serum and Cap’s super-soldier blood. He’s now taking out his frustrations on New York and it’s up to the newly formed Ultimates to bring the man-monster down for the first official mission of the team. 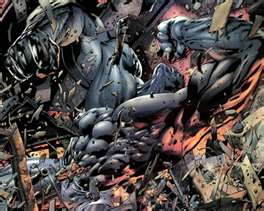 As we open the issue Giant Man is already huge and is being flown in on a giant size harness by a helicopter as he surveys the damage. The Hulk has been on the loose for ten minutes and has really f----- things up all over New York city. The Shield team is talking about the antidote that Banner created for turning him back from the Hulk. He even made it with an adamantium needle so it could peirce his skin. Stark is quick to point out that they still need to be able to get close enough to inject the monster with it. They made a formal request to Thor to join them in the fight but he has refused until President Bush doubles his foreign aid budget. Captain America mentions that it is still four against one and that he hasn’t lost a fight since 1942. (Millar writes the best Captain America in my opinion. He’s straight forward and not afraid of anything. He really is like your tough as nails grandpa back when he was young enough to do more then talk!) 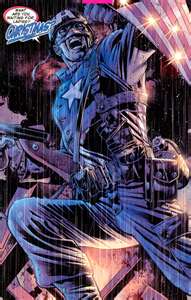 Next we get an amazing two page splash of the Hulk just out of his mind with rage. You just know he is going to rip the Ultimates a new one! 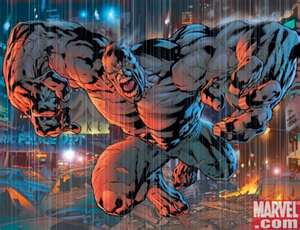 Hulk is climbing the side of the building and calling Betty to come out while Betty is on her cell phone asking Nick Fury to send everything he has down. Hulk mentions that he is hornier than a– but before he can finish the sentence that would give the internet plenty of reasons to write more slash fiction, Giant Man covers Hulk up with his hands. 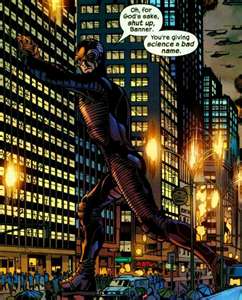 Giant man instructs Bruce to calm down because he is going to count to ten and when he is finished he wants him nice and relaxed. Before Pym even starts the count Hulk pulls the giant hands apart and leaps onto Hanks face. Knocking him down as he destroys buildings with the fall. In a nasty panel, Hulk pulls open Hanks mouth and tells him that he is going to rip off his skull and use it for a toilet bowl. (Leave it to Mark Millar to write things we cannot not unread.) Just as the Hulk is about to practice what he preaches, a blue blur carries him away from Hank. 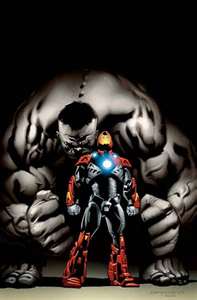 The blue blur is the energy from Iron Mans flight boots as he pushes Hulk across the sky and requests for Fury to give him an empty building to slam Banner into. Fury mentions that in 10 seconds he will have a three mile radius clear for him to contain the hulk. Stark mentions that in 10 seconds the Hulk will have peeled his way through the suit and down to his G-string. (Again thank you Mr. Millar for another image I cannot unimagine.) Fury gives Stark coordinates for Grand Central Station which has just been cleared. Tony slams the Hulk into the ground and as they both get up he is firing away with everything he has but the Hulk is just walking through it. Like a big kid with an action figure, Hulk just pulls Stark’s mask off and starts to squeeze his head claiming that he is hungry. Stark tell’s Hulk to “Eat this, moron!” and lets loose a thought scrambler at full power. Hulk is puking as Stark says he is going to unload his reserves on Banner but that he will need to get himself powered back up. Iron Man shoots the grey behemoth out of the top of GCS and Wasp is up next as it is her turn to try to get Banner to forty-second and fifth where Cap is waiting for him.

Hulk slams into the street and as he sits up, Janet is pulling her top down trying to get Hulks attention, it works! Hulk looks very interested as Fury mentions that Janet has a double phD and the only thing she can think of to use is the Mardi Gras special. Wasp is just managing to stay away from the grey love machine and is asking if Cap is ready because her wasp stings aren’t doing s--- to the Hulk. Fury tells Wasp to zip away, it’s Cap’s turn!
(Quick interlude, I noticed that all the ads in this comic are seemingly geared towards little kids. You’ve got a Juicy Fruit ad where you can win a Gamecube and Gameboy color. Harry Potter and the Sorcerers stone DVD. Tang ad with an orangutang riding a motorcycle, a Scooby Doo Dvd ad and a Rice Krispies ad. I’m not saying little kids did not read this comic, but I am pretty sure the ad execs did not review the material because this comic is definitely not for children!) 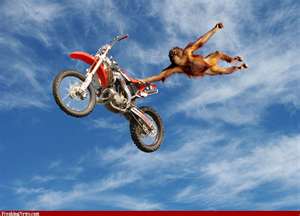 Although do you ever really outgrow a monkey riding a motorcycle?
The Hulk is staring into the sky as a freaking tank is dropped onto him! Hulk recovers and reaches into the tank and pulls Steve out. Cap gives the Hulk a two boot salute and then follows it up with some badass moves! Punch to the nose followed by a kick to the groin right into a shield to the face and transitioned into a leg sweep to bring Banner to the ground. 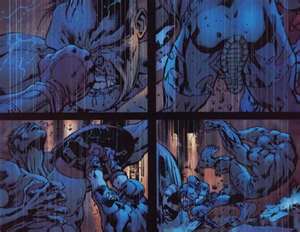 HOLY S---! HOLY S---! HOLY S---!
Cap leans over an unconscious Hulk while Fury asks, “you just take down the Hulk?” Cap replies, “Banner’s not the only one around here with Super-Soldier serum pumping through his heart, chum.” (You have to love Millar’s use of corny slang for Steve Rogers. It just further conveys the message that this guy is from another time.) Just as the needle is about to go into Banners neck, the Hulk snaps to and then snaps Cap’s hand as well as the needle. Fury realizes that they are now in deep s--- and need to go into preparations for the back up plan, nuke New York!
Hulk continues to pound Cap into the ground when a streak of lightning comes down and knocks the Hulk for a ride. Hulk looks into the sky with a pissed face and then gets smacked upside the head with Thor’s hammer!. A Shield agent gives a message to Fury that the White House just doubled the International aid budget. Thor pounds Hulk with his hammer! And pounds! And pounds! 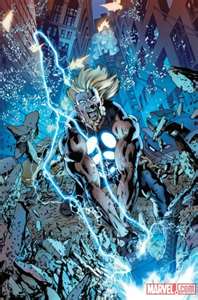 Then Thor stops and says, “Your jaw is broken, your ribs are cracked and one of your lungs has just been punctured Banner. Have you tasted enough of Mjolnir yet?” Hulk looks at Thor with a smile on his face and replies, “Nah, Thor’s hammer just make Hulk horny for Betty again.” Then Hulk calls Thor a hippie and swats him across the New York skyline.
Shield is now airlifting Betty Ross and Freddie Prinze Jr. out of New York and Hulk tosses aside Cap and Iron Man as he climbs a building to reach the chopper. Hulk screams, “Freddie Prinze can’t love you like Banner does Betty!” Classic line. He then grabs onto the side of the helicopter as they fly away from the city. 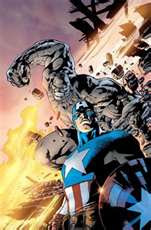 Thor asks if Cap is using Betty as bait to lure Hulk out to sea? Cap replies that is only the plan if the other three plans he has do not work. He then asks Wasp if she is inside Banners head. She is swimming through his earlobe and is sending a sting into his brain. Janet makes contact and Hulk screams in pain as he falls from the chopper and lands hard onto the ground.
Cap approaches Banner who is now back to his nerdy scientist self and is begging for them not to hurt him. Bruce claims that he was only trying to come up with a menace the team could get together and fight. He’s hoping that Steve who is holding his broken arm as he walks to him is not going to punch or kick him because he really just could not handle it. Cap mentions that they are a team and why would he hurt him? He says he just wants to to make sure he gets his cuts and bruises taken care of, especially the nasty gash on his cheek. Banner responds that he doesn’t have a gash on his cheek. Rogers sends a steel toed red boot across Bruce’s cheek slicing it open! “You do know son.” 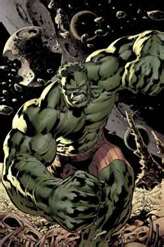 Just a great issue from a great series. The Ultimates had a lot to do with how the Avengers movie and it’s solo features would be portrayed. Joss Whedon (Director of the Avengers) is a huge fan of the series and the real world take on the Marvel universe along with the “Widescreen” art helped push the Marvel properties into the peoples minds of, hey this could work as a franchise! Millions of dollars later it has become the staple of what to do when making superhero movies! So popular and successful that even the DC Universe is planning to go the same route.
http://movies.cosmicbooknews.com/content/exclusive-news-justice-league-movie
All this money flowing and I bet Mark Millar and Bryan Hitch aren’t seeing a dime of it! There is no justice in the real world.
All previous installments here! http://lostscribe0.blogspot.com/