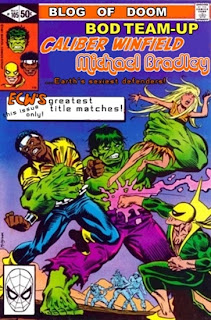 Michael Bradley and & I thought it’d be a sweet deal to team up for an article and come up with what we each thought were the Top 5 ECW Title Matches. 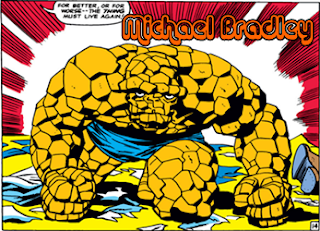 #5. ECW Tag Team Titles: Steel Cage/Weapons Match The Eliminators vs.
The Gangsta (Natural Born Killaz show – August 24, 1996) This was
around the time I first started watching ECW. I was really into the
Eliminators and wished they could have been pushed better than they
were. But at that time, there was no one more over as a team than the
Gangstas. They were the “extreme” in ECW. This match started as a
brawl, which was right down the Gangstas alley. New Jack and Saturn
mixing it up on the floor; Kronus and Mustafa in the cage. As it broke
down over the next 14 minutes inside the cage, weapons and high risk
moves made it a match I will always remember. [http://www.dailymotion.com/video/x5jugn_original-ecw-steel-cage-gangsters-v_shortfilms]

#4. ECW World Title: Mike Awesome vs. Taz vs. Masato Tanaka (ECW
Anarchy Rulz – September 19, 1999) This match was more emotional than
anything for me. Taz was in the middle of his run as ECW Champion and
it was already known he was headed to the WWF. More than anything, the
breaking of kayfabe and the locker room breaking during the match as Taz
embraced Paul Heyman as he left ECW will be a permanent fixture in my
mind.

#3. ECW Television Title: Jerry Lynn vs. Rob Van Dam (ECW Hardcore
Heaven 1999 – May 16, 1999) RVD and Jerry Lynn. The Whole F’N Show
versus The New F’N Show. It was an argument I had with my fellow ECW
friends over who was better. I sided with Lynn and hoped this was his
night. A battle for the ages that stole this show, was booked as no
time limit. As perfect of a match as you can get on the technical side
and you had to sympathize with the bloody Lynn, who would not quit.


#2. ECW Tag Team Titles: Jinsei Shinzaki & Hayabusa vs. Rob Van
Dam & Sabu (ECW Heatwave 1998 – August 2, 1998) This was my first
chance to see an ECW pay per view live. A card I will never forget. I
had seen Haybusa from the internet and through tape trading, but never
on a live show. I always thought of him as Sabu through a mask. Now I
got him, Shinzaki (another fave of mine), Sabu, and RVD all at once?!?!?
Maybe one of my top 3 tag team matches EVER! It had everything.
Technical wrestling, high flying, high spots, hardcore
spots…everything. An A+ in my book.

#1. ECW World Title: Shane Douglas vs. Terry Funk vs. Sabu (The Night
the Line Was Crossed – February 5, 1994) Historic on many platforms.
First, this was a first in the fact you had 3 guys in the ring at the
same time. You had Funk who was 49 years old at the time, you had the
unpredictable Sabu, and a young heel who was at the top of his game in
Shane Douglas. What was to come was an hour of innovative moves and
very entertaining action. A match ECW tried to duplicate but never
lived up to the original.
Mike’s thoughts on Caliber’s picks:
#5. I have this match on my list as well. A little higher, but when
narrowing down a list to just five, I can see this hidden gem getting
lost in the shuffle. The art of tag team wrestling is lost these days
and this match is almost 14 years old. Dare I say, the greatest tag
match in ECW history.

#4. When compiling this list we had
hundreds of matches to sift through. This one I overlooked altogether.
Going back and watching this thing, I was blown away. The power of
Pitbull 2 versus the mixed style of Jericho was amazing. Even Jericho
showing his strength by reversing a Tombstone had me popping. Great
ending sequence and just shows how great Chris Jericho was before the
mainstream audiences got a look at him.

#3. I contemplated
putting this one on my list, but eventually crossed it off. I went back
and watched it again and it was ULTRA violent. It reminded me of one
of the best barbed wire matches ever that many have never seen: Cactus
Jack versus Terry Funk from Japan. This one may have been even better.
Funk, at 53 (!), faced the maniacal Sabu. Two
things I distinctly remember in this one. Sabu basically tearing his
muscle in half early in the match, and then Funk and Sabu being in a
tangled mess of barbed wire at the end. A weird finish but I dare
anyone reading this to duplicate it. Holy s---!

#2. This was
another match I had to eliminate off my list of finalists. Guerrero was
Television Champion at the time. With the extreme and hardcore style
really over-shadowing this match, it was amazing to see what a show
these two put on. A slow build turning to some amazing reversals, mixed
with mat wrestling, made this a match to remember. By the end with the
match ending in a 30 minute time limit draw, the ECW arena was on its
feet. They stood and applauded both men and chanted Eddie’s name as he
stood up still ECW Television Champion.

#1. Another match that
made my list and it is hard not to rate it number one. So good, in
fact, that ECW began its run on TNN with this as the first match
mainstream fans witnessed. It is that good. Like I already said,
whether you were a RVD fan or a Lynn fan, you had to appreciate what
both men brought to the table. I enjoy this one so much that I have to
go back and watch it in its entirety from time to time